Fishing in Panama City Beach, Florida gets an upgrade

This year you will enjoy fishing aboard a charter boat with twin diesel engines. This sport fishing yacht was literally made to fish with a wide and roomy back deck and plenty of room in the salon for your family!

Complete with a galley and head (that is kitchen and toilet for you landlubbers) and down below two bunks line the state room to catch some zee’s on a long twelve hour or overnight deep sea fishing trip.

Captain Larry strives to make sure you have the best opportunity possible to catch fish. Our most important goal is that you leave with a big catch and a have memorable day! 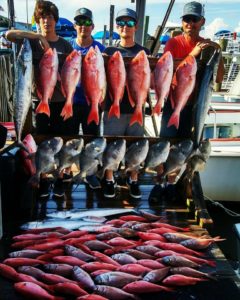 The Charter Boat MAGGI is a one of a kind Sport-fisher, custom built by G&S Boats, Inc. Yes, the same G&S Boats that holds more IGFA light tackle billfish records than any other builder in the world. Moreover, just like other G&S owners, Captain Larry doesn't waste any time when backing down on a hungry pelagic that swallows up the 20 lb test on our flat line!

G&S has only built 52 boats, and we are very proud to be the owners of one. Finished in 1986 for Tom Guinn, and specifically built to fish their families charter customers in Panama City Beach, Florida. The first Captain of The MAGGI was Tom Guinn's son Jim, and later by a hired Captain, who would become her second owner, Shawn McGowan. The boat was docked at Capt. Andersons Marina where she remained up until 2015 when we moved her across Grand Lagoon to Treasure Island Marina.

Although the Charter Boat MAGGI was beautifully restored after Hurricane Michael in 2019 by Captain Larry Martin, if you ask anyone in the local fleet, this is Shawn's boat. Our late friend and colleague, Captain Shawn McGowan, ran and cared for the MAGGI for over 27 years. Shawn was best known for the care he took of his boat, once telling his deckhand she was to "Look like she was carved from a block of ivory" at the end of each day. (the boat was white on white at the time.)

Powered by two V8 Caterpillar Diesel engines, and weighing in at 12 Gross Tons, this is a very stable and seaworthy vessel. With a beam width of 12 feet, she has plenty of room for your group, both inside the salon and on the back deck. Two bunks line the port side of the stateroom, while a galley with fresh water sink and a 150 qt cooler stocked with clean ice lines the starboard side. On thru the door toward the bow is the head (or restroom for you landlubbers) also complete with a freshwater sink. Back up the steps and into the salon, you will find plenty of cushioned seating, with table and two booth seats on the port, and an L shaped couch on the starboard. On the back deck, there are four cushioned seats for fishing or to check out the sunset, on the way back in from a full day out in the gulf!

Fishing Groups of 4 or less

FISHING GROUPS OF 4 OR MORE

For groups of 4 or less that can't make the trip on one of our sport fishing boats, we do offer a less expensive four hour trip on a 19-foot inboard center console. The vessel has plenty of power with a hearty Detroit Diesel.

Groups of 7 or more

For larger groups, we offer fishing trips that carry up to 18 customers. This is a great option to keep your group of seven or larger on the same boat and still fish on a Private Charter. The Captain of this vessel carries a U.S.C.G. Masters License and one is one of the most experienced and accomplished in the Panama City Beach fleet. The boat is certified and inspected by the U.S. Coast Guard to carry groups of this size.

24 hour and 48 hour fishing trips are also available on this vessels for those who are looking to make a serious fishing trip. Just give us a call, and let's go fishing!

We can make accommodations for 24 and 48 hour deep sea fishing trips. Please call in advance for availability. 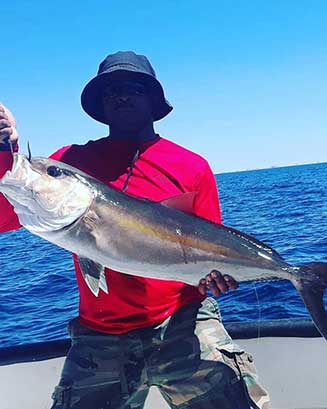 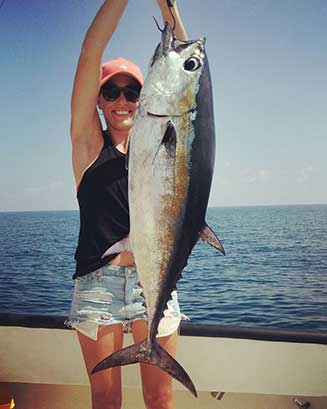 The wonderful thing about fishing in Panama City Beach and deep sea fishing in The Gulf of Mexico is you never know what the trip may hold!

Florida has some of the best deep sea fishing in the world and we catch the big fish:

You may catch a big grouper,  a mess of red snapper, a black fin tuna or sail fish. Whether you are a professional angler or first time fisherman or fisher-woman, you’ll always have the best time with us.

Captain Larry strives to make sure you have the best opportunity possible to catch fish. Our most important goal is that you leave with a big catch and a have memorable day!

Get in touch
with us.

If you are wanting to go fishing in Panama City Beach, Florida. Call Today to book your private fishing trip!

Send Us a Message

We try to be responsive as possible but sometimes it's just hard to steer the boat and type an email. Please call when possible. 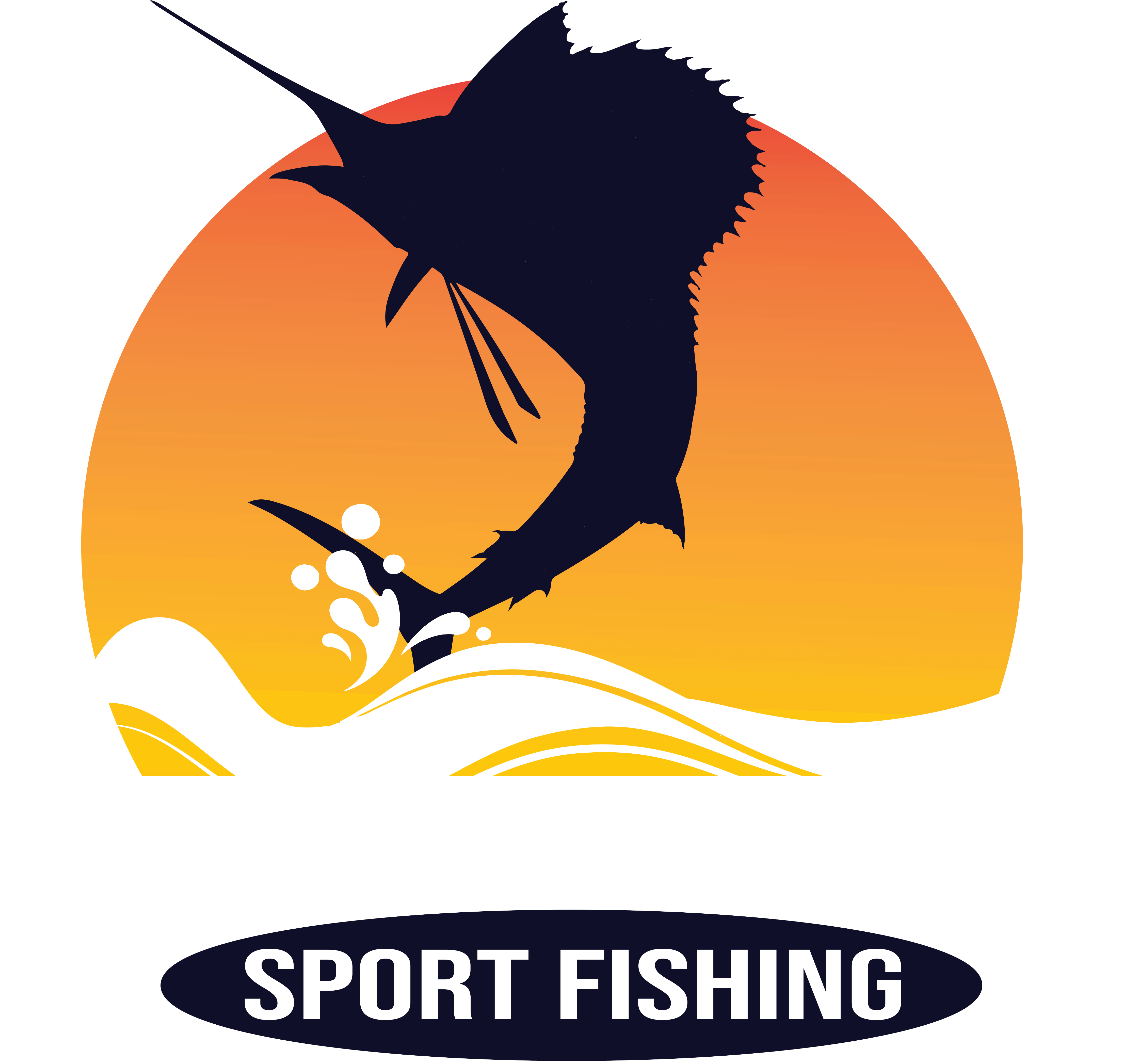